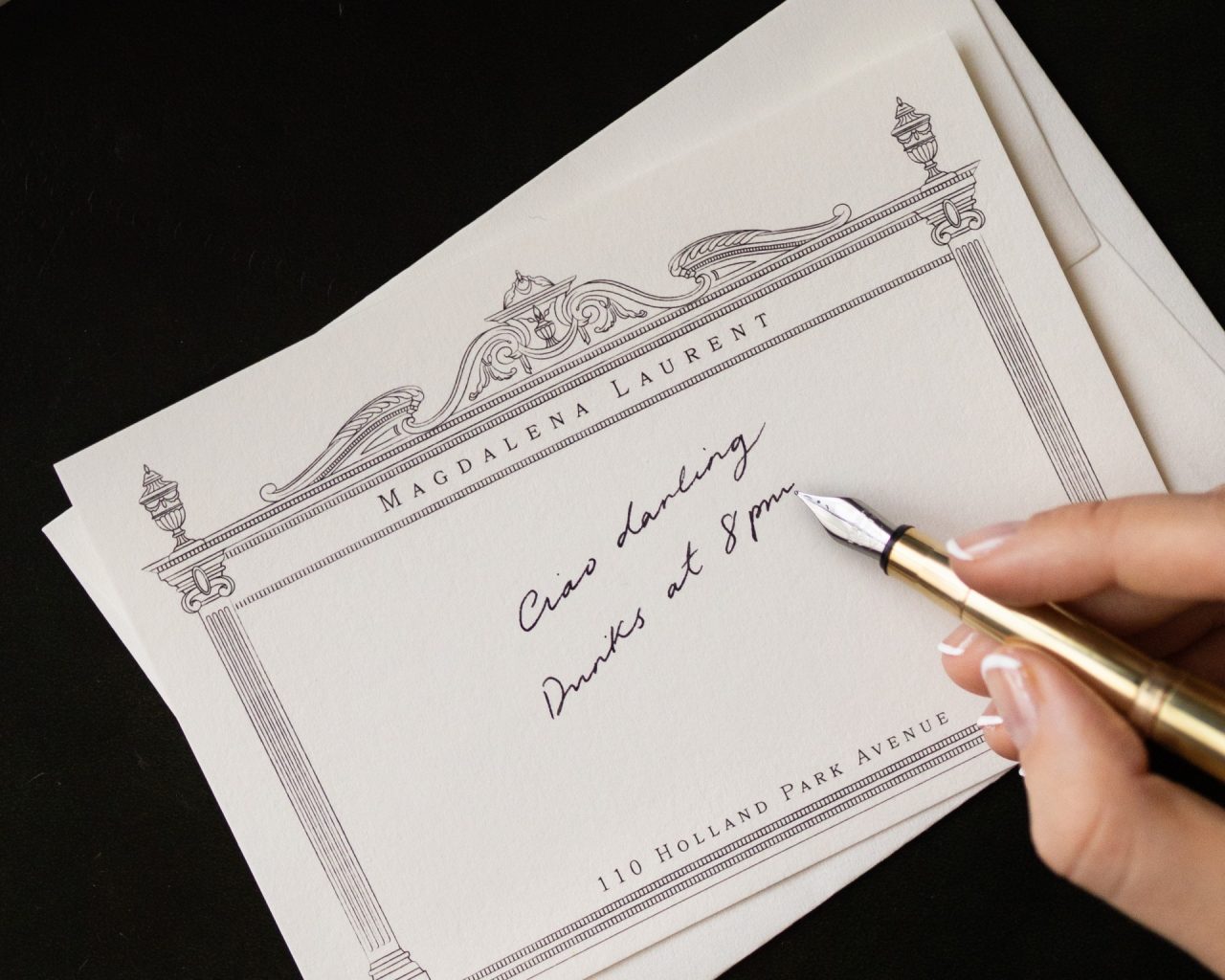 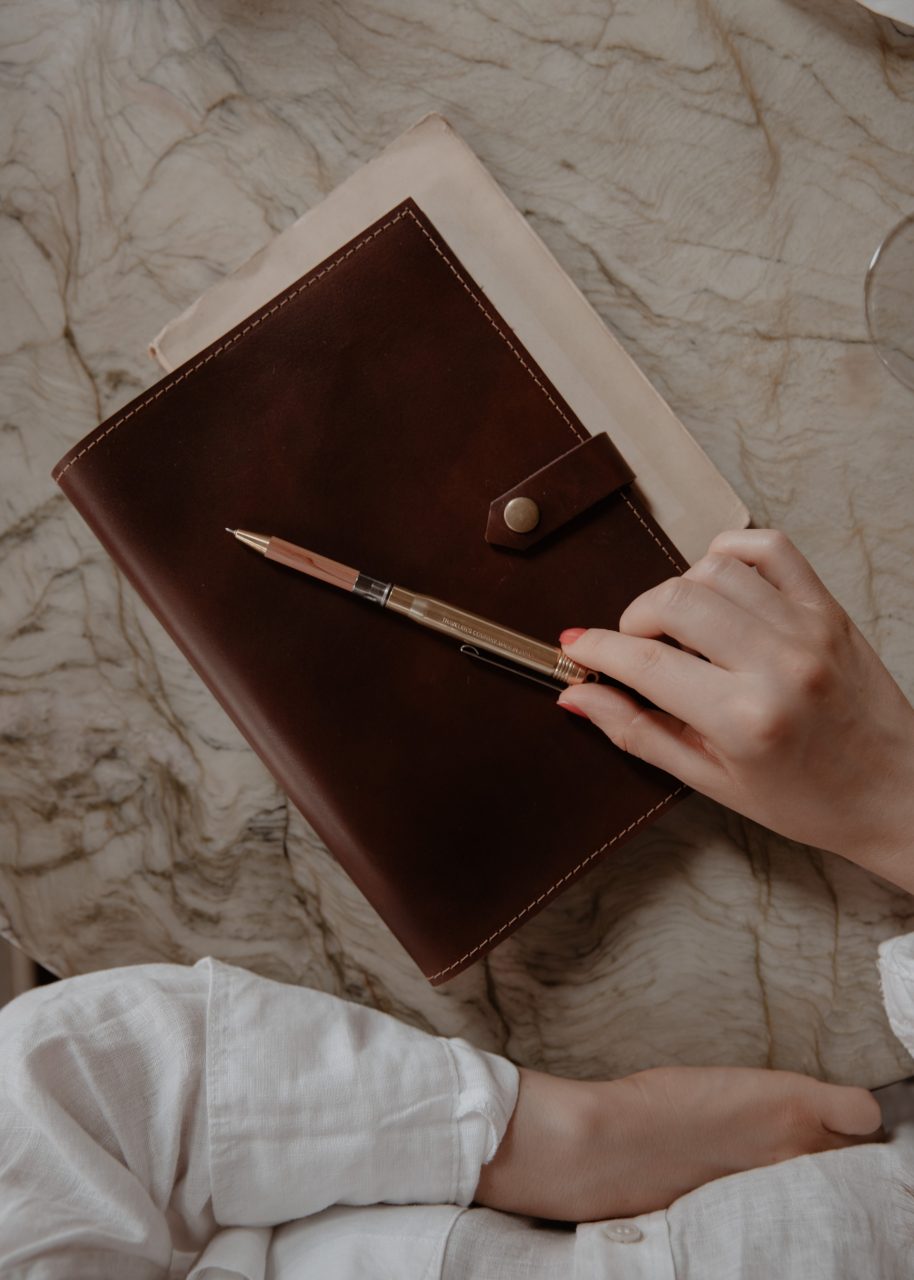 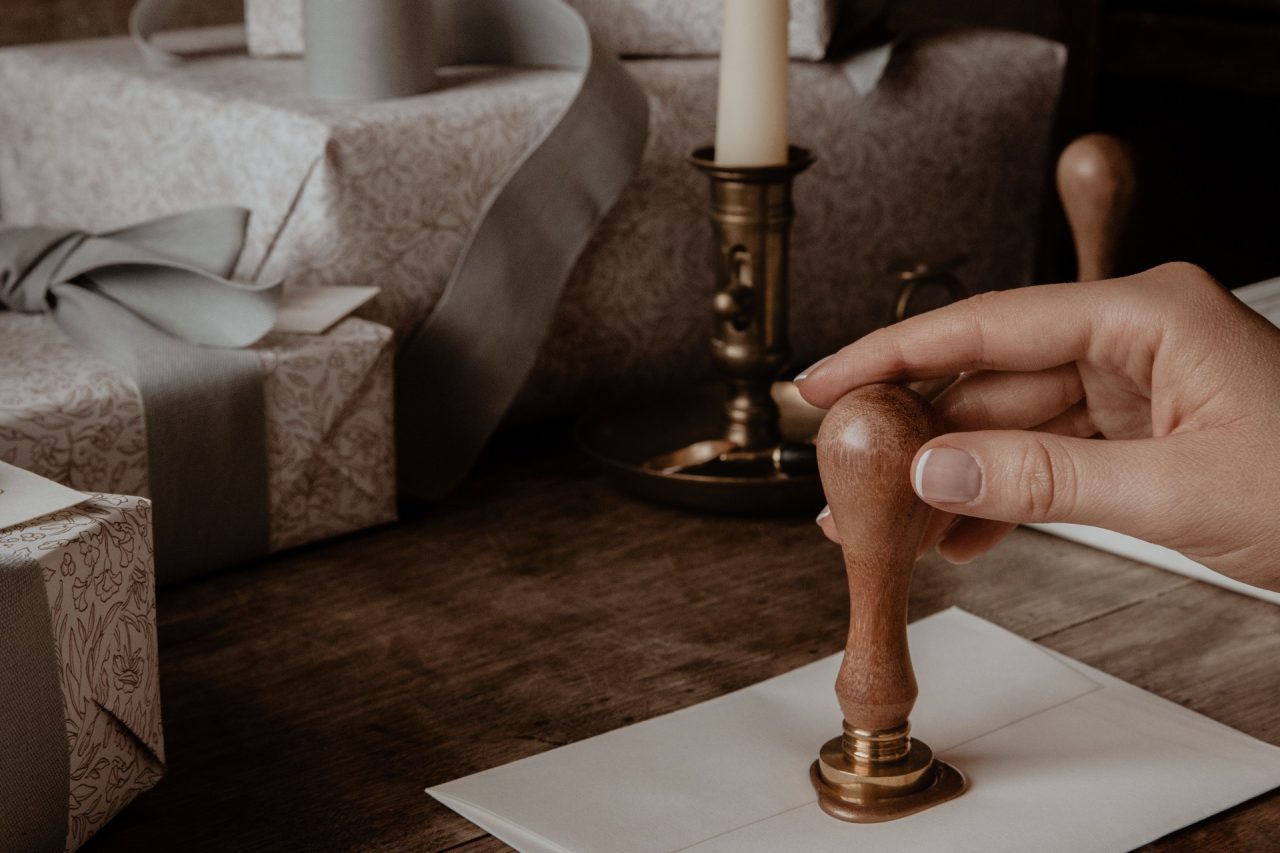 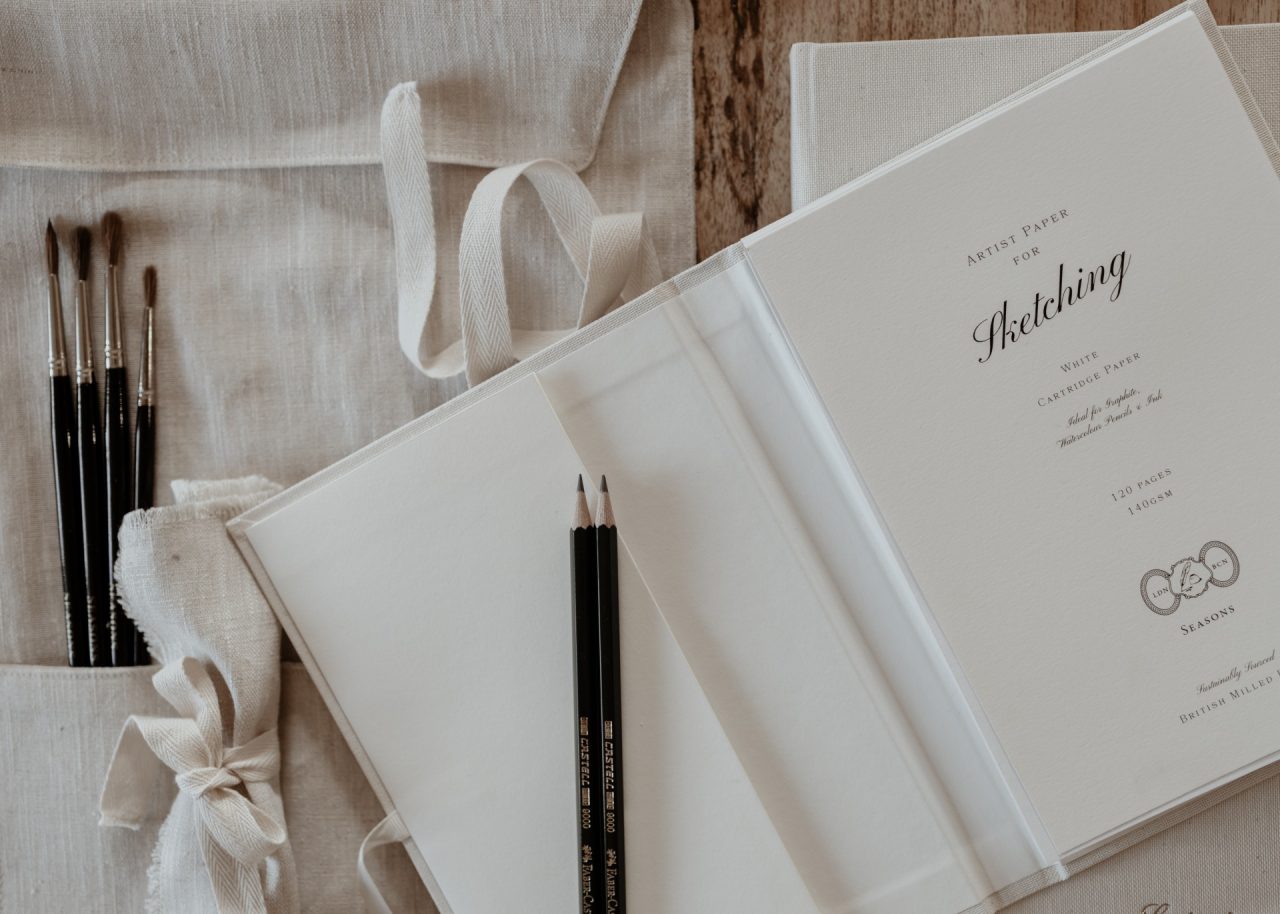 Free express shipping on all UK orders over £200 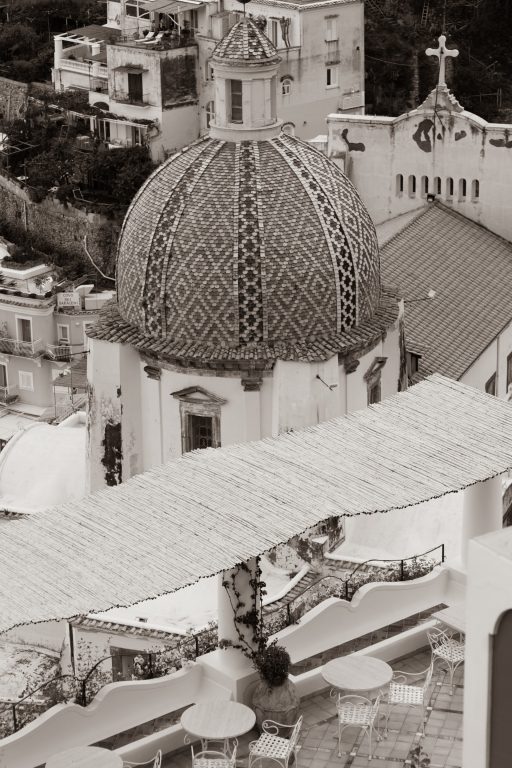 Most romantic restaurants in the Med. 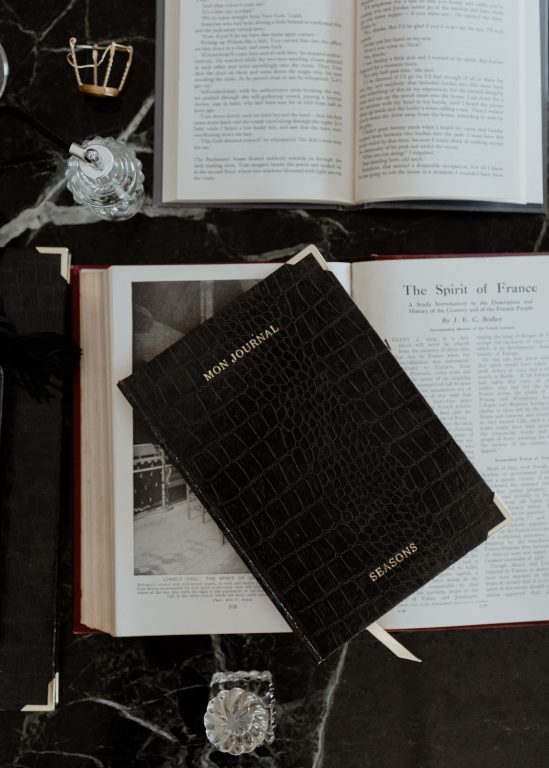 A maritime city, Venice has long lured travelers to its shores. Once an illustrious trading port that ruled the Eastern Mediterranean, wealth flowed through the city just as did the tide. The magnificence of its history can still be felt today in the diversity and splendor of architecture on display, most of which remains untouched by time.

Venice’s contributions to art and culture are world-famous, including figures such as Vivaldi and Casanova as just two from a roster of notable Venetians to have garnered historical fame and success. More recently, events including the Carnival and the Film Festival have further imprinted Venice as a household name to this day.

Stepping afoot Venice is an extraordinary experience that you’re likely to hold onto for a long time. As British poet Arthur Symons would say :

“A realist, in Venice, would become a romantic by mere faithfulness to what he saw before him.”

The striped uniform of the gondolier, so familiar from films and books, Canals instead of roads, the lagoon lapping at the foundations of a crumbling maze of buildings. And, although notoriously easy to get lost, that’s part of the joy. You never know where you might find the next romantically dilapidated palazzo, secret garden, or plate of perfect ciccheti. Our favourite discoveries lie below :

Housed within the lavish shell of a waterside former Renaissance palace, Il Palazzo Experimental is a boutique bolthole situated in the heart of the bustling Dorsoduro district. The location is away from city-centre crowds but in easy reach of the sights.

Heavy velvet and brown interiors are nowhere to be seen in this chic canal-side palace. Designer Dorothée Meilichzon has created an eye-catching Art Deco-themed seaside look, with candy stripes and knock-out colours though without straying too far from traditional Venetian shades. Colourful, curvaceous furniture and fittings associated with Italy’s 1980s Memphis design movement inject a playful nature whilst retaining the centuries-old exposed beams and Gothic windows.

With 32 rooms, a restaurant, garden, and cocktail club, the hotel is well-equipped to entertain and soothe in equal measure. The cocktail list is fiercely impressive, featuring a revolving cast of new creations alongside firm favourites–the Barberossa won us over entirely. Make sure to pay a visit and try one for yourself before heading out (or staying in) for dinner.

When in Venice, do as the Venetians do. Pausing at a neighborhood bar on the lagoon for a spritz or small glass of wine and an accompanying Cicchetti is a write of passage.

On the other hand, the glitz of Venice also draws a calibre of clientele who necessitate a rather grander dining scene. We’ve covered our favourites from both end of the spectrum.

For something more fanciful, a sunny afternoon could not be better spent than at the Belmond Cipriani’s waterside Porticciolo Restaurant. We met the hotel’s private water taxi next to St Mark’s square to be whisked away filmstar style. Arriving at the hotel, we are led through the infamous Gabbiano Bar home of the Bellini.

We are led to an intimate decked terrace with exclusive views over the Venetian lagoon. The kitchen provides a thoughtfully concise menu of fresh pasta and refined versions of local dishes, whilst an alfresco pizza oven also delivers a string of wood-fired pizzas. Booking ahead to secure a table is necessary as the terrace tends to fill up quickly with hotel guests, although it wouldn’t be the worst place in the world to be stranded for a short while…

Located far enough from Piazza San Marco so that there were more locals than tourists lining up outside for Cicchetti and also conveniently for us, just a short amble from our hotel. Osteria Al Squero is a masterclass in crostini–fresh, inventive, and plentiful–set opposite a sleepy gondola repair workshop (squero). There is no seating and almost always a queue so arrive close after 11 AM for the best scoop. (We’ve also included others you must try in the Cicchetti section further below)

First impressions count,  so naturally our first port of call when arriving in Venice was a celebratory spritz at the St Regis, set on the Grand Canal.  A vivid spectrum of rose-coloured drinks – from pink martinez to orange spritz, and red negroni lined the marble tables overlooking the stunning Basilica di Santa Maria.  The Pink Spritz, (Sparkling wine, Grapefruit Briottet, aromatic essence) emerged the victor of our experience, a refreshing companion for the august heat enjoyed alongside complementary nibbles whilst the water laps against the candy cane bricole set in the lagoon below.

A brief walk from St Mark’s Square, but unbeknownst to most folk passing by, the hotel’s sun-soaked garden terrace is quietly tucked away. A private jetty on the Grand Canal means you can arrive in style by boat or enjoy watching others as they arrive laden with bags from the closeby designer boutiques.

Opened in 1720, Caffè Florian holds the crown for the oldest cafè in Europe. It is located in Piazza San Marco under the grand arches that encompass the square. White jacketed waiters glide between the tables, formally addressing customers with flattering courtesy. A jazz band rifles through a string of recognisable numbers with effortless pizazz. The whole scene is very appealing and without the slightest sense of staleness, which for an establishment of such history would not be surprising. Despite the early hour, we ordered an Americano and Venetian Spritz alongside our morning coffees spurred on by the swing of the band and numerous other tables also indulging in a similar fate. It may be a more costly experience than other cafès, but none offer such history or glamour as Florian.

An iconic hotel that encapsulates the grandeur of Venice in its prime and has played host to many notable figures including Ernest Hemingway, whose old room is now available as a suite bearing his name. Every room is furnished decadently with plush fittings and precious antiques and art lining the walls. Wait until evening before visiting the Gritti for a drink, when the atmosphere will be most befitting. On the ground floor, Bar Longhi is a luxurious drinking den fitted with dark-paneled oak and golden fixtures. Outside, the Riva Lounge offers front-row seats of the grand canal where you can watch the endless procession of gondolas making their evening rounds over a martini.

For a true Venetian experience, you should most definitely indulge in a quick Cichetti break, or three. In fact, why not make a tour of it. Pausing at a bacaro (bar) for an ombra (small glass of wine) accompanied by a bite to eat (cicchetti) is an age-old tradition that is ingrained within the fabric of Venetian life. Whether exchanging gossip with a friend you’ve passed in the street or toasting a business deal, the ritual is practiced almost daily by Venetians and now visitors alike–and why not, nobody has to drive home. Observe the fully-stocked counter displays showcasing dizzying selections of crostini, tramezzini and polpette throughout the city as proof of this ritual. Here are some of our favourite grouped geographically in two suggested routes:

There are two sides to Venice–one side you experience by foot, the other by water. To witness one without the other would be an incomplete experience. The preferred way to do so is by water is via gondola. In peak popularity throughout the 17th and 18th centuries, gondolas ruled the canals with some 10,000 crowding the narrow thoroughfares. Affluent families would take to the water in their lavishly decorated vessels for a daily turn of the city in competition as a display of wealth. This excessiveness was eventually put to a regretful end and all gondolas were ordered to be painted a ubiquitous black. Today there are roughly 400 still in action, ready and willing to take you for a spin through their city starting at €60.

Venice is a city of remarkable beauty and such has become a playground for photo opportunities. With this being said, the worst thing you could do is venture out in the afternoon amidst swathes of tourists and expect to get the golden shot. The magic of Venice is strongest before 9AM, whilst the piazzas are empty and the rising sun casts a magnificent soft glow. Better still, if you’re wanting to get in front of the camera yourself why not enlist the help of someone who knows the terrain and their way around a camera? We booked an Airbnb experience to capture some special moments of us together in the early morning.