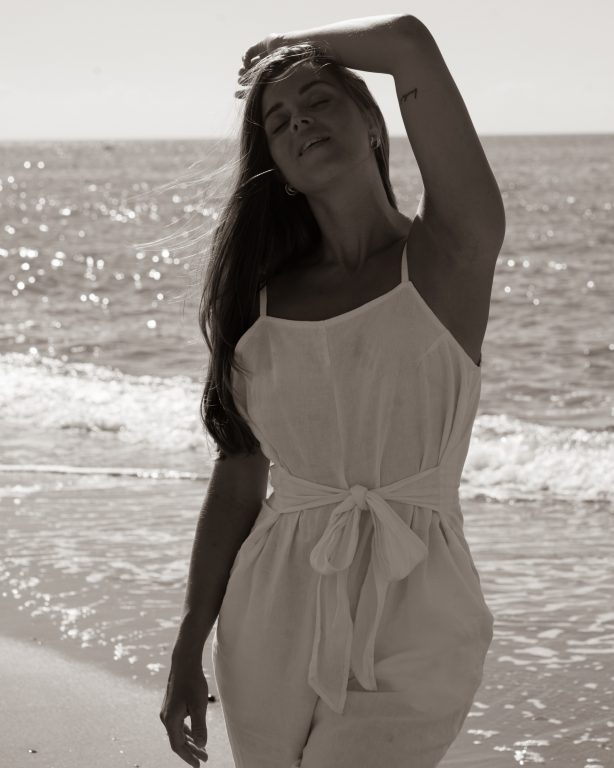 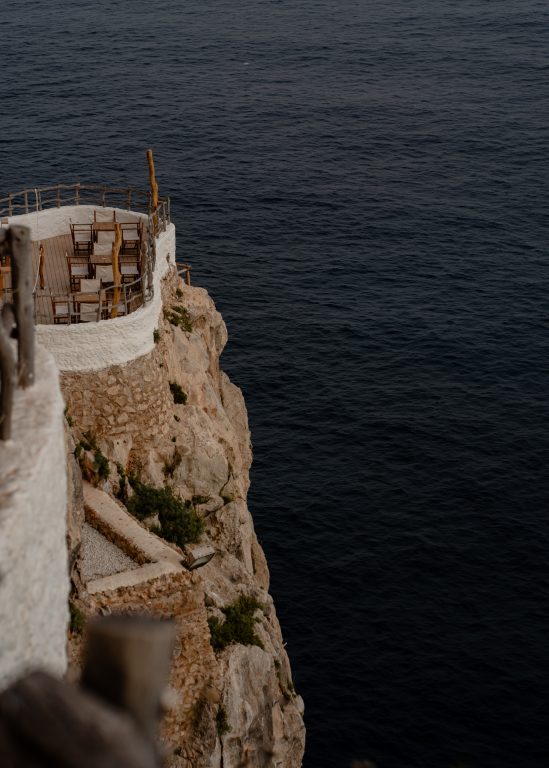 Carved into the contours of the rugged Serra de Tramuntana, La Residencia encompasses the rustic charm of Mallorca alongside uncompromising luxury and a distinctive bohemian soul. Set discretely within the idyllic village of Deià, the hotel exists in comfortable harmony with the surrounding artist community.

The expansive property blends in seamlessly with the landscape, reflecting both the traditional style of architecture and verdant flora that define the area. Lemon trees and rose bushes spill over the stone walls that mark the perimeter of the hotel, politely obscuring the property from street level whilst hinting at the beauty to be discovered within.

The upper part of the estate is dedicated to some 18 hectares of olive groves, which blanket the hillside with shimmering swathes of silver foliage. From a distance, it’s difficult to tell where the property starts and ends with its multiple layers of stone-walled buildings and gardens flowing over the sculpted mountainside.

Deià itself can be found in the northwest of Majorca, perched high upon a natural ravine that produces a stadium-like effect, commanding powerful views across the valley and beyond over the Mediterranean. The area is renowned for its remarkable natural beauty, which has subsequently been awarded World Heritage Site status. Such beauty has also been the cause for its popularity throughout history, from early Arab settlers to 13th-century Roman-Catholic monks and more contemporary literary and artistic figures–each bringing something unique to the region.

The latter artistic influence has since become synonymous with the village and accordingly with the hotel itself. La Residencia is somewhat of a significant patron of the surrounding art world, championing local artists and artisans. True to its name, the hotel currently hosts three resident artists who can be found pottering in their studios or else running private classes with guests, it also boasts its very own art gallery as well as a private collection of roughly 800 pieces including 33 original Mirós.

A pair of wonderfully maintained manor houses, built originally for the village’s wealthy families constitute the oldest part of the hotel and now comprise the hotel reception, Cafe Miró bar and restaurant. From the veranda of the bar, you can sip a signature cocktail whilst observing the bustle of the village below, unfolding like a play as the grand white piano tinkers away in the background. Directly opposite, the Son Marroig monastery is visible placed delicately atop the adjacent hill–renowned for its tiny, but picturesque cemetery–absolutely worth visiting, just ten minutes away on foot.

Two layers of immaculate front lawn splay out directly beneath the veranda–a Mad Hatter’s Tea Party of bronze sculptures, colourful deck chairs and comfortable furnishings are dotted across the manicured grass. The grounds of the hotel extend further upwards as you follow a series of groomed paths and staircases leading you to the pool bar, through the herb garden, past the spa, and out to the poet’s walk where the bleating of goats greets you as you stroll along the dusty path to the viewing point that looks longingly out over the Med.

Our room is decorated authentically with tiled floors and wooden beams running across the ceiling.

Light floods in through large shuttered windows that overlook the handsome pool area below and palm trees sway soothingly outside. Beyond the hotel grounds, the ever-present mountains provide a dramatic backdrop that never fails to inspire.

Featured in our guide to the best restaurants in Mallorca, El Olivo is the crown-jewel of the hotel, offering a fine-dining experience of Mediterranean cuisine in a dramatic setting. Occupying the building that once housed the old olive press, the restaurant has given the site a rather more grand purpose–entertaining the who’s who of the island and its visitors.

El Olivo’s most impressive asset perhaps is the principal terrace, which is truly a sight to behold as the early evening draws in. An intimate courtyard lined with olive trees that commands panoramic views across the valley below, uniformly dressed tables are arranged facing expectantly outwards waiting for the setting sun to cast the dying embers of it’s golden glow across it’s diners. In the spirit of supporting the local artisans, everything here is sourced locally from the seasonal menu to the crockery laid in front of you.

La Residencia sets itself apart from five-star contemporaries with a laissez-fair charm accentuated by its creative spirit and swagger of self-certainty. Surrounded by sublime scenery, there is plenty to take in both in and around the hotel including nearby Cala Deia, featured in our list of favourite coves on the island.